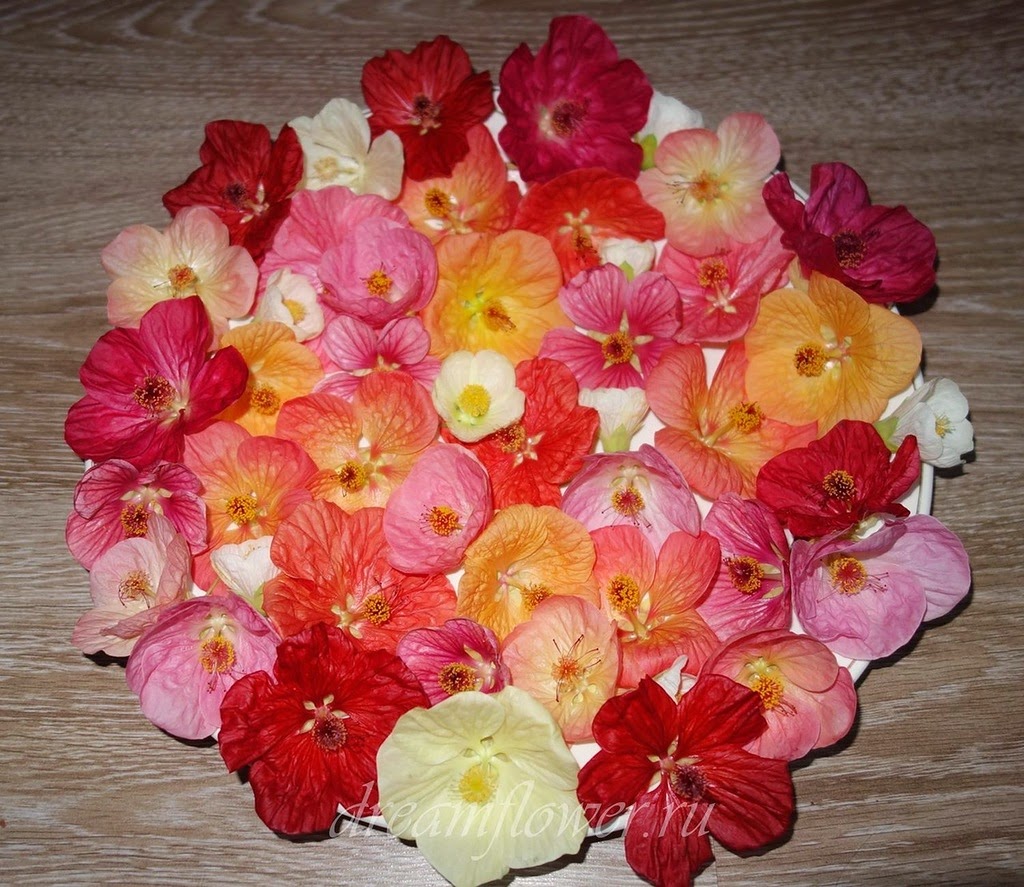 Dear blog readers,
I haven't written for a while but that does not mean we have no news in the world of Russian abutilon hybrids-2014!
In this post I would like to overview some hybrids of Elena Glushkova (Izhevsk). Originally, Elena experimented with the Kirsche-orange cultivar which is known as a heavy bloomer. The downside of this cultivar, to my mind, is the smallish and not-at-all-showy shape of the flower petals. As a result, Elena's new abutilon hybrids have numerous cute little button-like flowers. So, let's have a quick look...
This first hybrid was called 'Sweet Dreams' (actually, the name was proposed by me). I haven't seen the plant myself, but according to the photos it has a candy-like hue with chiseled veins. It does look sweet!

Elena's next hybrid (that has been previously mentioned) resembles a wild buttercup flower with delicate stems. Quite unusual for abutilons is the bunch of buds at the end of a branch. The hybrid has tiny pointed leaves.


Finally, there's my favorite one - the 'Belosnezhka' (Snow-white) abutilon hybrid with perhaps the whitest flowers ever.
Oops, how could I forget one more showy hybrid of Elena Glushkova? I showed it in my previous post and would like to show it again. This is 'Christmas', bright and festive, from a different parent plant, with large wide-open flowers.